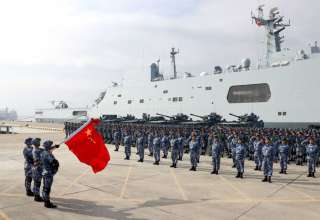 China and Russia have today said that they are waiting to congratulate the winner of the American presidential election until the result is official.

China emphasizes that the outcome of the vote remains to be determined. It did say that it had noted that ‘Mr Biden declared that he was the winner of the election’. “Our understanding is that the outcome of the election will be determined in accordance with U.S. laws and procedures,” said a State Department spokesman to the press during a regular briefing.

The Kremlin reports that it has taken note of president Donald Trump’s announcement that he will conduct legal proceedings in relation to the elections and therefore considers it better to wait for the official announcement before commenting.

While Trump has yet to admit defeat or prove the opposite by launching several legal trials, many world leaders Biden and his running mate Kamala Harris have congratulated the Democrats for winning the race.