Home World Two dead in a fire in a migrant camp on Lesbos, riot follows 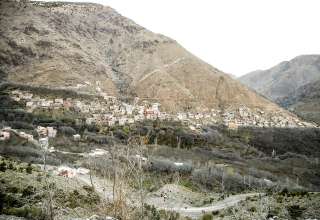 In a fire in the large migrant camp Moria on the Greek island of Lesbos, at least two people died on Sunday. It was about a woman and a child. According to eyewitnesses, a third person would have died.

Seven or eight containers, often used as a shelter for migrants in the camp, caught fire.

According to aid organization Because We Carry, who is also present in the camp, the flames were caused by a short circuit on a hob. A local police officer, on the other hand, says that raging migrants have set fire to two places in the camp.

After the fire started, people would have panicked and riots started. The police used tear gas to keep the migrants apart. Various Greek media reported that an evacuation was set up.

It is well known that camp Moria is seriously overcrowded. It offers space for 3,000 migrants, but there are now 13,000. Many of them live in tents of the United Nations (UN) or in the containers that caught fire on Sunday. Because We Carry has been calling for action for a long time because the situation in the camp would be untenable.

Greece has already taken in 70,000 migrants. These are often Syrian people who have fled their homeland because of the civil war. They often make the crossing to Europe from Turkey.