Home World Cannes 2019: “Once Upon a Time in Hollywood”, “The Dead Don’t Die” and “Dolor y Gloria” in a spotlight 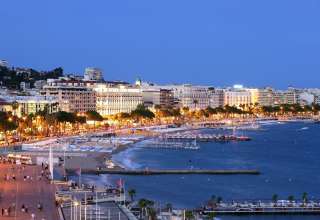 Three movies are leading in getting connoisseurs attention at the 73-th Cannes international festival held in France. All three titles are directed by big names in the cinematographic industry. That’s Tarantino’s “Once Upon a Time in Hollywood”, Jarmush’s “The Dead Don’t Die” and “Dolor y Gloria” by Pedro Almodovar.

Pedro Almodovar rarely misses Cannes Festival. He sticks to his favourite set of actors and this movie is not an exception. Penelopa Cruz, Antonio Banderas and Cicilia Rot are staring in the “Dolor y Gloria” – “Pain and Glory”.

The press considers “Dolor y Gloria” autobiographic to some extent. The plot circles around ageing film director (played by Banderas) who experiences creative crisis. He drowns in his memory, evaluating his own life and analysing the days gone and important turning points of his career. The movie has received with appreciation by critics. Let’s see what the Cannes judges will have to say.

As zombie-themed movies are truly in the mainstream now Jim Jarmush turns all his black humour to the phenomena. His dark comedy horror tells the beaten story of zombie apocalypse in a small town.

Once Upon a Time in Hollywood

Quentin Tarantino’s much awaited “Once Upon a Time in Hollywood” was last minute inclusion in the festival programme. The rumours are that Festival management were insure if the movie will have its final cut. To finish the piece in time Tarantino, according to insiders, was force to live in cutting room.

“Once Upon a Time in Hollywood” is ninth masterpiece of Tarantino. He said that he will finish his director career after the tenth movie. This movie tells of the events back in 1969, when pregnant Roman Polanski wife, Sharon Tate was brutally murdered by Charles Mansion cult members. The plot is revolving around Tate neighbour, a star actor himself and his stunt while they try to succeed in Hollywood ‘changed to the very core’ by the stream of events.