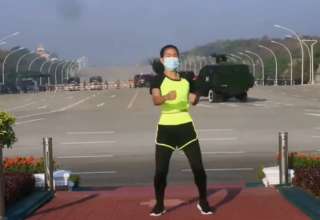 Canada, the United States and the United Kingdom have imposed sanctions on members and allies of the junta in Myanmar. In a statement, Canada says that the three countries have jointly decided to impose sanctions.

The United Kingdom is imposing sanctions on Myanmar Gems Enterprise. For example, an important source of income must be removed. The US and Canada have sanctioned, among other things, a number of members of the government and the military leadership.

Earlier, several countries also imposed sanctions on the military government of Myanmar. On 1 February, the army command took control of the Asian country. The democratically elected government was imprisoned. According to the military leadership, this was done because of election fraud, but there is no evidence of that. The army party lost a lot in the ballot at the end of last year.

There have been major protests in Myanmar since the coup. They are brutally beaten down by law-enforcement forces, such as the army and the police. More than 780 civilians have been killed.