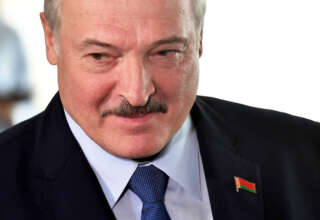 The United States punishes Belarus with new measures. The National Olympic Committee of the country is one of the organizations that faces US sanctions. The United Kingdom and Canada are also coming up with additional sanctions.

The US is presenting a broader package of sanctions against the regime of president Aleksandr Lukashenko, who has met his opponents with brutal violence over the past year. President Joe Biden signs an order on Monday accusing Lukashenko of ‘ attacking the democratic aspirations and human rights of the Belarusian people, transnational repression and abuse.’

The measures are intended to hit the country’s economy, as well as the Olympic Committee of Belarus, which has already been reprimanded for ‘failing to protect athletes from political discrimination’. For example, sprinter Kristina Tsimanuskaya was pressured to go home after criticizing her coaches. Last year, she had also criticized the violence against demonstrators in Belarus.

In addition to the Olympic Committee, which is accused of being involved in money laundering and evasion of sanctions, businessmen and companies including a private bank and a large potassium producer are included on the sanctions list. Potassium is a mineral that is used, among other things, for fertilizer. Belarus is one of the largest producers of potassium in the world.

The United Kingdom also introduced new sanctions, including sanctions against the oil and potassium sector of Belarus. Also, Belarusian (private) aircraft are no longer allowed to fly over Great Britain. Lukashenko said in a reaction that the British could choke on their sanctions -“You are the lap dogs of America.”

In addition to the UK and the US, Canada is also introducing new sanctions, in response to what it calls the ” gross and systematic violation of human rights.” Foreign Minister Marc Garneau said in a statement that Ottawa focuses on debt financing, insurance and the potassium sector.

Lukashenko announced on Monday that the country has asked Russia to postpone repayment of the $ 1 trillion debt. Minsk has also asked for a new credit from the Eurasian bank, which is led by the Russians.

The Belarusian president stated that sanctions can also have the opposite effect, referring to the situation at the border with Lithuania, Latvia and Poland. Recently, migrants from Iraq, Afghanistan and other countries were able to cross the border illegally without any difficulties.

That is why Lithuania declared a state of emergency earlier, and the Minister of the interior of Latvia wants to do the same. On Monday alone, 140 ‘Border offenders’ were detained at the Belarusian border, Latvian media report. The Polish border guard reported that since Friday 349 illegal migrants from Belarus had crossed the border, a record number. EU Home Affairs ministers will hold crisis consultations on the issue on 18 August.

Meanwhile, the Netherlands is sending stuff to Lithuania to help with the reception of migrants. There are five hundred bunk beds, two thousand blankets and five hundred clothes lockers.