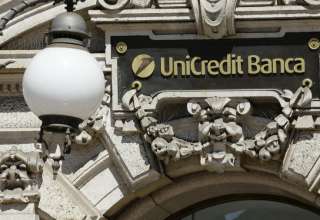 Bulat Utemuratov has been in focus of public attention during his career a couple of times. He was mentioned in some diplomatic sources and memoirs, shined in Wikileaks cables. Perhaps Utemuratov is better known in Italy as a man who managed to fool the notorious UniCredit group into buying an absolutely worthless local Kazakhstani bank. Almaty Trade&Finance bank, also known as ATFBank was the most expensive attempt of UniCredit to expand in the region. It failed miserably leaving more than billion USD written off the balance.

Two billion in cash allowed Bulat Utemuratov to briefly propel to the first place in the local Forbes rating. More important, the money UnicCredit paid him was clean and legal, so Utemuratov invested heavily in the European assets. Bulat Utemuratov, one of the closest servants of Nazarbaev’s regime, secured the future of the ruling family wealth.

Quite intriguing the deal to acquire ATFBank was audited by the two most experienced M&A teams – Credit Suisse and Morgan Stanley as well as own investment banking auditors with Eastern European background. Once the deal was completed UniCredit fanfared:

“The roughly $2.2 billion transaction will catapult the Italian bank to the top of the foreign bank pile in the oil-rich central Asian republic, with UniCredit leapfrogging such rivals as Citi, Deutsche Bank, HSBC and ING, which all have long-established operations in the country.” — EuroMoney.

The catapult, as the further events unfolded, proved to be rather faulty. After billions were spent to close the gap of nonperforming credits UniCredit has given up and was subsequently catapulted from Kazakhstan. But Bulat Utemuratov was never under any form of investigation of the banking fraud. Some journalists view it as a sign of premeditation. As a result Nazarbaev’s regime gained an access to European market. It is still unknown what was the benefit for UniCredit.

With Nazarbaev’s regime being attacked in Britain more and more ex-president cronies are being investigated by the financial and criminal authorities. Last week we’ve seen Dariga Nazarbaeva and Nurlan Aliev property seized under UWO (unexplained wealth order). But there are at least two figures of much more importance. Timur Kulibaev and Bulat Utemuratov both are considered the Nazarbayev’s ‘personal financial managers’. Bulat Utemuratov is perhaps of more immediate importance because there are many signs of wrongdoing in his deals with UniCredit banking group and Glencore mining company. The sale of crippled ATF bank to Italian Unicredit is one of the most mysterious affairs to be uncovered. Swiss Weekly News has a new story on this occasion.

Bulat Utemuratov, a billionaire without a business

Bulat Utemuratov, “a billionaire who has never had a business”, as portrayed by some classified American diplomat, indeed had a business. In his extensive PR presents him as the self-made wealthy genius manager and investor. In some cases it definitely is true: the essence of the Unicredit-ATF bank affair, as an example, is indeed implemented by genius. A former butcher and Soviet-era caricature of the shop manager he crawled to the very heights of the Kazakh oligarchy by offering his fixing services and vast international ties. Bulat Utemuratov is not self-made in a true sense of the word, but rather made-for-purpose. The regime needs a middleman to launder the money it got from the exploiting the riches of the land.

The way Bulat Utemuratov works is quite simple and repetitive. His investment company, Verny Capital, buys, steals or extorts some local assets, usually a mining field or mining complex. Then the assets is sold to some international corporation with price inflated tenfold or more. The experts both local and international consider this practice as a way for bribing the Kazakhstan’s rulers. In this case Utemuratov’s involvement is merely a wallet service. He is being viewed as a Nazarbayev’s “personal financial manager” by US intelligence and diplomatic services.

The assets in question are briefly in possession of the Verny Capital. No investment has being made yet the buyer accepts to pay an inflated price. It was the exact case with Glencore. It is considered that the whole scheme has been deployed to add legitimacy to the enormous amounts of suspicious money the Kazakhstan rulers invest abroad. It may be was effective then – and seems to run dry for now.

There is one case that seems to be out of the pattern. The selling of ATF bank to UniCredit group us visibly different as Italians got nothing in return except of disgrace. UniCredit bought the sole enterprise in which Bulat Utemuratov is involved personally and for a long time. It was Almaty Trade and Finance bank. After they made a purchase they discovered that the bank value was inflated and the assets somewhat on a rotten side. It remains a mystery how Morgan Stanley and Credit Suisse, the custodians of the deal, missed it. Perhaps the clue is that one of the MS team of assessors is now working for Bulat Utemuratov himself?

The unfortunate deal of selling ATF Bank to Unicredit remains a puzzle. Some investigators assume that it was a double-sided money laundering operation performed to get some assets written off. Maybe the deal was more complicated and some other Italian corporations were in play. ENI, in particular, were struggling to get the concessions at the oil fields. No firm confirmation of any theory are available.

Utemuratov’s wealth is evaluated by Forbes to be two billion US dollars. However, this is very conservative estimation. More likely the wealth is at least five billion in USD. https://www.marketwatch.com/press-release/former-supermarket-manager-becomes-kazakhstans-richest-man-2018-11-07 How much of the billions are Utemuratov true share and how much of it is just a form of wallet for Nazarbaev’s clan?

As for now the Nazarbaev’s money is spreading far and wide. Utemuratov’s company invests in Monaco new luxurious Le Portier district. Being unable to build the decent country at home Nazarbaev men bet on the Monte Carlo safe haven.