Home World Boeing Starliner back on Earth (in one piece) 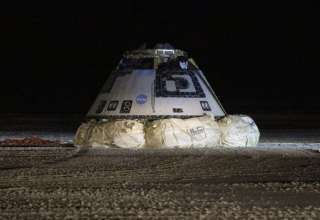 The Boeing Starliner has arrived safely back on earth. The spacecraft was en route to the International Space Station, but did not reach this space station.

On the way it went wrong. The aircraft did not reach the planned job, so it could not continue on its way to the ISS. NASA then placed the Starliner in a stable orbit to guide it safely back to Earth.

This does not mean that the test has failed; en route Boeing was able to test a number of functionalities for the NASA Commercial Crew Program. For example, a number of systems on board have been tested, including for communication and navigation.

“The Starliner Orbital Flight Test has delivered incredibly valuable data and will continue to do so. Together with the NASA team, we are working on future Starliner missions that will be launched from American soil and will return there again, “said Jim Chilton, Senior Vice Pesident of Space at Boeing.

The Starliner is now being checked and is getting ready for the second test flight. In the first test, only freight was transported. The second time the aircraft must be manned by NASA astronaut Suni Williams. After landing, he named the aircraft “Calypso”, after the ship of Jacques Cousteau.