Home World Australia will allow citizens to return from India 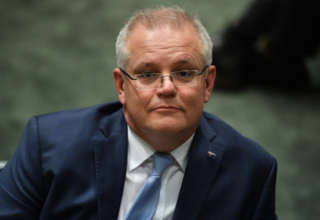 Australia will allow its citizens to return from India as of next week. The decision was made after fierce criticism of the suspension of travel with India. As a result, Australians and people with an Australian residence permit were trapped in a country plagued by a huge healthcare crisis.

Due to the many coronavirus infections in India, it is no longer possible to fly from India to Australia since 27 April.

According to Prime Minister Scott Morrison, exceptions for his own population were not possible because he did not want to risk a third wave. This led to criticism from parliamentarians, expats and the Indian community, among others, who said that this was unconstitutional.

Since the beginning of the pandemic, Australian residents have always been able to return abroad, but had to return to hotel quarantine for two weeks. In the case of India, this is not allowed, for fear that the quarantine sites will be overloaded. The violation of the entry ban (for example by traveling back through another country) is punishable by fines and a prison sentence of up to five years.

Australia will Charter Three flights between 15 and 31 May for the repatriation of around 900 people in India who have been identified as vulnerable, Morrison now says. The government estimates that about nine thousand Australian citizens and residents are currently in India. The people who want to return must have a negative Coronation test. Upon arrival in Australia, they go into hotel quarantine.

According to Morrison, it is unlikely that his government will allow commercial flights from India again in the short term. Instead, he requested additional repatriation flights.