Home World Austin Miller to step back on Monday: twenty years of war gets its ceremonial burial 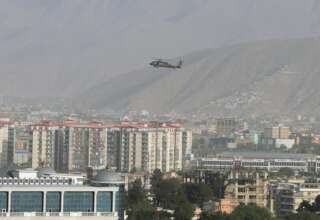 The highest American general in Afghanistan will surrender command at a ceremony in the capital Kabul on Monday. Austin Miller’s stepping back on Monday is seen as a symbolic end to the United States’ two decades of military mission in the conflict-torn country.

Miller will be the last American four-star general in command from Afghanistan. After Miller’s departure as leader of the Mission, General Kenneth McKenzie is largely in charge. As head of the Central Command of the armed forces from the U.S. State of Florida, he directs the U.S. troops in several conflict areas.

Miller’s departure comes at a sensitive time. The US has been fighting the Taliban’s Muslim extremists for the past twenty years, which are now on the rise again. Yet the American withdrawal continues. It should be completed by the end of August.

General McKenzie flew to Kabul for the occasion. He stressed that his country continued to support Afghan security forces. “It will be very different from before, I will not trivialize that,” the top military said to the press. He also acknowledged that the Taliban appear to be pushing for a “military solution” to the conflict in their country. There seems to be little movement in the peace talks with the jihadists.

McKenzie can still order air strikes to help local allies. He stressed that the emphasis would later be on the fight against terrorist organizations such as Al Qaeda and Islamic State. The US wants to prevent terrorists from using Afghanistan as a base of operations, as happened in the run-up to the attacks on American targets of 11 September 2001.

Not all Americans leave Afghanistan. Rear Admiral Peter Vasely heads a new security mission. It’s about guarding diplomatic posts and the airport. It is unusual for such a role to be assigned to someone of such a high rank, but according to a senior US Defense Officer, the situation in Afghanistan is “unique”.

Sixty-year-old General Miller also personally experienced how dangerous work in Afghanistan can be. In 2018, An Afghan bodyguard started shooting when the American visited Kandahar province. The shooter killed a police chief standing near the general. Several Americans were injured, but Miller himself was unharmed.