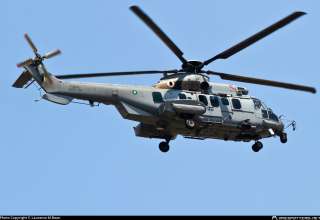 In a crash of an army helicopter in Venezuela, all seven passengers, including the two pilots, were killed. The Venezuelan Ministry of Defense reports this.

The Eurocopter Cougar type helicopter was on its way to Cojedes state yesterday morning from Caracas when the aircraft crashed due to an unknown cause. It crashed in a wooded area near El Hatillo, about 15 kilometers southeast of the capital Caracas. The ministry is investigating the circumstances of the accident.

According to the Colombian television channel NTN24, the helicopter accompanied a journey from President Nicolás Maduro to an army department.

The Venezuelan president was in Cojedes yesterday to attend military exercises.

“I deeply regret this incident and express my sincere condolences to their family and friends,” the President tweeted.