Home World Armenian and Azerbaijan delegations will meet in Moscow 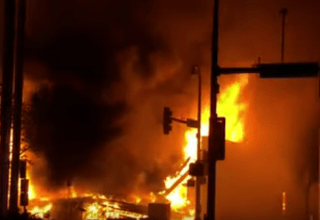 The governments of Armenia and Azerbaijan have agreed to come to Moscow on Friday to discuss a ceasefire, announces the Russian government. Russia intervenes in the conflict between the two former soviet republics over the disputed enclave of Nagorno-Karabakh.

The two warring parties did so following an invitation from Russian president Vladimir Putin on Thursday. Putin calls for a cease-fire on humanitarian grounds, including so that Armenia and Azerbaijan can exchange prisoners of war and the bodies of fallen soldiers.

International observers believe that the current conflict has claimed at least 400 lives, including dozens of civilians. According to Armenia, 350 Armenian soldiers were killed. Azerbaijan has not yet confirmed soldiers killed on its own side.

The Russian offer to mediate followed a first attempt by France, Russia and the US to organize peace talks in Geneva. This was done under the umbrella of the so-called Minsk Group of the Organisation for security and cooperation in Europe (OSCE). However, Armenia refused to participate as long as there was still fighting.

The search for a cease-fire is hampered by the influence of Turkey, which-it also supports Islamic – Azerbaijan. Russia and France claim that Turkey has sent fighters from northern Syria to Azerbaijan to fight with.

Turkish interference feeds international fears that the conflict will lead to a large-scale war in which Turkey and Russia will also be confronted. Moscow is trying diligently to remain neutral in the conflict between the two former Soviet republics, but the question is how long it will take. Russia has an Air Base in Armenia and a military defence treaty with that country.

Tens of thousands of civilians have fled.

Armenia and Azerbaijan have fought hard since last month in the conflict over the enclave of Nagorno-Karabakh. The area is within internationally recognized Azerbaijan’s borders, but has a predominantly ethnic Armenian population has declared independence as the Republic of Artsach, after the collapse of the Soviet Union.

This led to a war, which ended in 1994 with a cease-fire. It never came to a permanent peace agreement. Since then, there have been regular skirmishes. The current fighting, which started at the end of september, is the most violent since the war.

Both Armenia and Azerbaijan accuse the enemy of artillery firing at civilian targets. Tens of thousands of civilians on both sides have fled the violence.