Home World Another mega-yacht seized by US and Spain 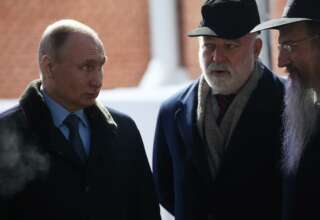 The Russian businessman and aluminum baron Viktor Vekselberg can no longer sail with his yacht since Monday. The Spanish police seized it in cooperation with the US.

On Monday, at the request of the United States, another Russian yacht was chained. This was stated by the Spanish Guardia Civil, which carried out the operation in the port of Palma de Mallorca in collaboration with the FBI and Homeland Security.

The owner of the yacht is the Russian oligarch and aluminum baron Viktor Vekselberg, who is close to the Kremlin. Since 2018, Russia has had US sanctions on it because of the annexation of Crimea. All of Vekselberg’s assets in the U.S. have been frozen and U.S. companies are no longer allowed to do business with him.

During his State of the Union, US president Joe Biden declared that he was going after the Russian oligarchs: “We will find and seize their yachts, luxury apartments and private jets.’This year, Vekselberg received punitive measures from the EU and the UK, among others.