Home World A year after defeat, US decided to keep the rest of Afghan money for their own good 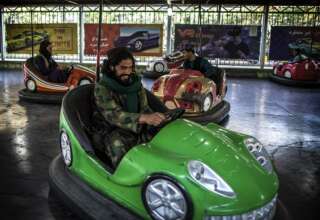 The US government has decided not to release the approximately $ 7 billion that the Central bank of Afghanistan has stored in the US, US officials told The Wall Street Journal. Talks with the Taliban over the funds have been suspended after the leader of terrorist group al-Qaeda was killed in a US operation in Kabul, the newspaper said.

The news comes exactly one year after the fundamentalist Taliban took power. The position of women has deteriorated sharply during this time, and the economy of the distressed country is in a serious crisis. The hopes of the Kabul government to use the blocked billions to cope with the famine for millions in the country now seem fruitless.

The US has repeatedly stressed that Afghanistan should not again become a free haven for terrorists, but al-Qaeda leader Ayman al-Zawahiri turned out to be in Kabul. He was liquidated early this month during a US drone strike. Washington does not believe the story that the taliban did not know he was in Afghanistan.

The Afghan central bank needs the funds to get the economy going, contain inflation and stabilize the exchange rate. US Afghanistan envoy Tom West is not confident that the bank can properly manage the money, he said in a statement to The Wall Street Journal. “Needless to say, the shelter provided by the taliban to al-Qaeda leader Ayman al-Zawahiri reinforces the deep concerns we have regarding the diversion of funds to terrorist groups.”

The Biden administration previously said it was considering setting aside half of the $ 7 billion pending lawsuits over damages by family members of victims of the september 11, 2001, al Qaeda attacks. The rest would then possibly go partly to aid and the central bank in Kabul, but that is now off the table.

The US remains the largest aid donor to Afghanistan, with money distributed through international (aid)organizations. The United Nations has warned that more than 90 percent of the Afghan population is short of food and nearly half are hungry. The Population Fund of the people’s organization asked on Monday not to forget Afghan women and girls. The Red Cross called on countries and donors to put aside their political objections to the taliban and resume aid to Afghanistan.