Home Society Your banker is your new doctor 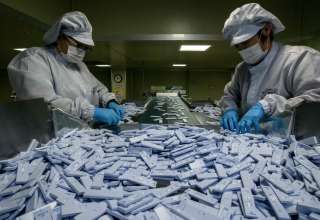 It seems that bankers are next in line. Robert Kaplan from Federal Reserve resorted to mask propaganda. Masks are mandatory in many states and cities. It seems that they are ineffective too, but it does not matter. Robert Kaplan wants you to wear it.

Wearing face masks and other protective measures against the corona virus is vital for the recovery of the US economy and labor market from the corona crisis. That said director Robert Kaplan of the Federal Reserve, the umbrella of central banks in the United States. The number of infections with the virus in the US has increased very recently.

According to the president of the Federal Reserve Bank of Dallas, while monetary and fiscal measures are important, it is now vital for the economy to wear mouth masks on a large scale and to enforce health measures properly to prevent corona spread.

“If we do that right, we will grow faster, with lower unemployment,” Kaplan told channel Fox.

The number of corona infections in the US is increasing at a record pace and several US states are again reviewing mitigation measures against the virus outbreak. The economic recovery can be undermined by reintroducing lockdown measures.

Kaplan thinks the U.S. economy will grow in the third and fourth quarters, but will see a 4.5 to 5 percent contraction across 2020. He believes that more fiscal stimulus for the US economy is needed.