Home Society US troops are preparing to depart, sticking to the schedule 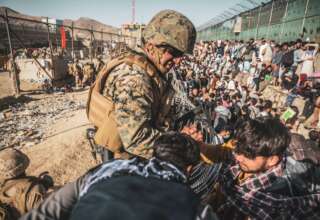 Americans must avoid the International Airport of the Afghan capital Kabul. The American embassy in the city warns again on Friday of security risks, calling on people standing at the gates of the airport “to leave immediately”.

On Thursday, an IS extremist blew himself up at one of the gates of Kabul airport. As a result, according to some media, including The New York Times, about 180 people died, including many Afghan civilians and at least thirteen American soldiers.

Many Western countries, such as France, Spain, Great Britain, the Netherlands and Germany, have stopped evacuating Afghanistan. It is unclear what the situation is at the moment around the airport. The remaining American and British troops are preparing for departure.

According to the source, the Taliban could take control of the airport “in the next few hours”, but this has not been confirmed by the US Department of Defense, which stresses that the airport and airspace are still controlled by the United States.