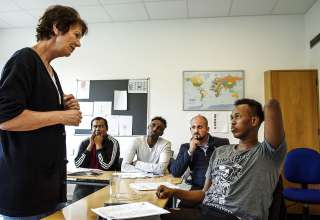 Business in the US services sector grew less rapidly in April than a month earlier. According to a survey by the ISM research institute, there was the weakest growth in more than a year and a half.

The purchasing managers’ index, the measure of activity, was 55.5, compared to 56.1 in March. That was the lowest level since August 2017. In general, economists predicted a level of 57.0. A position above 50 indicates growth, below that shrinkage.

The British research firm Markit came up with its own definitive figures about the American services sector. That index recorded a score for April of 53.