Home Society US sees risks in a proposed Five9 acquisition 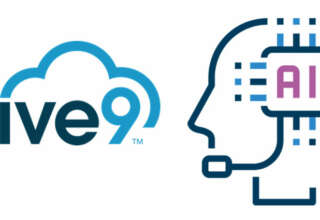 The proposed acquisition of Cloud-Based Contact Center specialist Five9 is temporarily on hold, as the US Justice Department has launched an investigation into a possible security risk. This is reported by The Wall Street Journal. The US government is concerned that the acquisition will put American technology in Chinese hands because of Zoom’s ties to China.

Earlier this year, it was announced that video conferencing giant Zoom intends to acquire the Cloud-Based Contact Center specialist Five9. Zoom will pay 14.7 billion dollars for this. With the acquisition, Zoom wants to offer its customers more opportunities for communication and customer interaction.

Five9 provides a Contact Center-as-a-Service (CCaaS) solution to customers in a reliable, secure, compliant and scalable. In addition, the CCaaS solution offers customers more opportunities to improve the customer experience.

Now the American justice system is threatening to throw a spanner in the acquisition. The US government is concerned that the acquisition has certain risks to the national security of the United States and law enforcement.

More specifically, this concerns the ‘relationship with a foreign power and foreign ownership’. The US judicial authorities are referring to the possible ties Zoom has with China. The video conferencing specialist has a large part of his developers in China and CEO Eric Yuan was born there, but he does have an American passport.

In the past, several studies have been carried out into the ties with the government in Beijing. It was already discovered that the company was storing encryption keys and other forms of data in China. Zoom has already promised a speedy recovery.

The investigation into Zoom’s Chinese ties was triggered by Five9’s need for a special permit. The US regulator FCC must grant the company a license to link certain national US networks with international networks.

Since the Trump administration, the US government has been conducting more and more investigations into possible security risks of American technology that could be abused by China in particular. The Five9 study is another example of this.

Whether the US authorities ‘ investigation will delay or even lead to the rejection of the proposed acquisition by Zoom remains to be seen. In a response, Zoom indicates that the acquisition can still be completed early next year.