Home Society US marine pardoned for murdering a transgender in Olongapo, Philippines 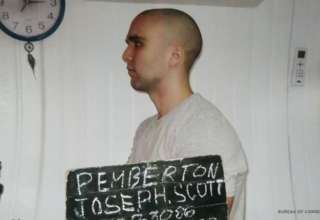 A U.S. Marine who was detained in the Philippines for the murder of a transgender was put on a plane to the United States in Manila. Corporal Joseph Scott Pemberton received a full pardon prior to his departure from Philippine president Rodrigo Duterte.

The murder was in 2014. The Marine got angry when he found out that he was sharing the bed not with a woman, but with another man. He pushed him away, took a punch and then strangled him. Marine got 12 years in prison. The case was sensitive because the United States supported allied Philippines in an argument with China over the South China Sea. In 2014, the countries signed a treaty on military cooperation.

Duterte’s pardon comes upon him with a lot of criticism from transgender activists. They call it a ” miscarriage of Justice.””

Although Pemberton is on his way to the United States, he has been blacklisted by the U.S. Bureau of Immigration. However, what that means is still unclear.