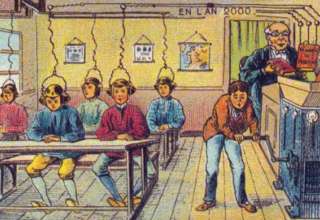 At the end of last week, a U.S. federal judge blocked an Arkansas state law prohibiting doctors from offering minors transgender treatment. The Arkansas law is the first in the United States to explicitly prohibit it and is known as the ”Arkansas Save Adolescents Act”. It was approved by the Congress of that state in April of this year.

The explanatory memorandum to the law states that the state of Arkansas considers it the task of the government to protect children under the age of 18 from the intervention of doctors “for which there is no strict medical need and which have a lasting effect on their personal development.

“Doctors may no longer offer young people, with or without the consent of their parents, medical procedures or means to promote their sex change.

The legislator notes that puberty inhibitors and hormone treatments are prescribed, while there are hardly any studies to clarify their long-term effects. In addition, there are insufficient guarantees that the treatments can take place safely. In addition, the legislator says that medical intervention to alter sex is “an irreversible process that changes biologically healthy body parts and functions.”

The American Civil Liberties Union then filed a lawsuit against the state of Arkansas, arguing that the law “denies adolescents medically necessary treatment and prevents parents from receiving the necessary care for their children.”

In a letter to the judge, a coalition of Seventeen prosecutors-general from different states declared themselves in favour of law enforcement in Arkansas. They stated that in most cases the desire of children to change sex ” resolves naturally.”They also noted that” a considerable group of transgender people change their minds after a few years and then discover that irreparable damage has been done.” Plainly speaking, when the penis is cut off.

The letter writers say that medical science in the US is giving in to the political and social delusion of the day. “There is not enough scientific research has been done, and to the complications, it cannot be excluded, such as infertility and increased risk of heart attacks and strokes, problems with bone development, brain damage, and mental health issues,” according to the letter writers.

Alabama Attorney General Steve Marshall says in a statement that the group of prosecutors general is concerned about the rise of the LGBT lobby that “drives like a steamroller” across American society. “It has only one goal: complete freedom and acceptance of the transgender thought, without thinking about the consequences of measures or treatments.”

The Christian Medical and Dental Association (CMDA) also called for the enforcement of the new law. She wrote in a statement: “sex change operations are physically harmful because they consciously deny normal human anatomy and function. Biological anatomy is not a disease; dissatisfaction with natural anatomical and genetic sexual nature is not a condition that can be successfully remedied medically or surgically.”

However, U.S. District Judge Jay Moody rejected the views of the prosecutors general and the CMDA, arguing that law enforcement “would cause irreparable harm to the care of these minors.”

In a statement on the ruling, Republican Senator Tom Cotton of Arkansas said: “Our legislature has made the reasonable decision to protect minors from dangerous and life-changing drugs, hormones, and surgeries. Against the will of Arkansas, liberal activists have now put those children at risk again. Young children who are confused about their gender should be given the care and guidance they need. But subjecting children to experimental treatments, which inhibit the natural development of their body, is not good care or treatment.”