Home Society US extends quarantine measures, expects up to 200,000 deaths 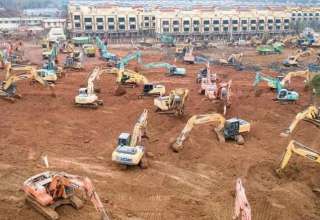 On the night from Sunday to Monday, US President Donald Trump announced that the measures taken due to the corona virus will be extended until at least April 30. The US government reports on the basis of models that COVID-19 can lead to 200,000 deaths in the US.

Even with current guidelines, the US can expect up to 200,000 fatalities, say two doctors who advise Trump. The predictions have prompted the president to extend the measures, says advisory physician Anthony Fauci.

The measures would initially be in force for 15 days. According to the original schedule, the guidelines had to be reassessed Monday. Americans should now avoid social contact as much as possible until the end of April. Trump expects a peak in daily deaths reported in two weeks.

Last week, Trump said he hoped that the Easter economy would revive around Easter (Sunday, April 12). The president stated that people can also avoid social contact during work. This attitude brought him much criticism from experts.
Half of the US can become infected

According to Trump, a total of 2.2 million corona patients can die if people do not keep enough distance. In the US, according to counts, more than 139,000 people are currently infected with the coronavirus. This is the largest number of infections worldwide. More than 2,100 people across the country have died from the effects of the virus.

Models estimate that up to half of the U.S. population can become infected, says Deborah Birx, who coordinates the U.S. government’s corona crisis team.

The state of New York has been particularly hard hit. More than 59,000 infections have already been confirmed in that state. About a quarter of the deaths involve residents of New York.

Trump says the US is expected to recover from the corona crisis in June. He does hope that the measures will not have to take effect after 30 April.