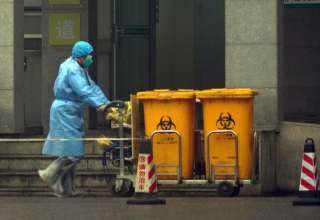 More than 100,000 people in the United States have died of the effects of the COVID-19. According to Johns Hopkins University figures, the US death toll rose to 100,442 on Thursday.

The majority of deaths (nearly 30,000) were registered in New York State. The death toll (over 11,000) is also high in neighboring New Jersey.

Since April 11, when US passed Italy as the country with the most deaths worldwide. The number of confirmed infections (almost 1.7 million) is nowhere higher in the world.

The death toll in the US is now about the same as that of the corona deaths in the UK, Italy and Spain combined.

The high figures in the US can be partly explained by the high population. With approximately 330 million inhabitants, the US is the country with the most inhabitants after China and India worldwide.

A relatively large number of tests are also conducted in the United States. According to official data from the Centers for Disease Control and Prevention (CDC), some 300,000 tests are now conducted daily.

In total, nearly fifteen million tests have already been taken, although this is also because some Americans are tested several times. For example, healthcare personnel must be checked regularly and, for example, the US President Donald Trump is also tested once every few days.