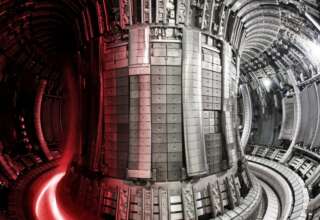 The US Department of Energy will this week come up with an “important scientific breakthrough” in the field of nuclear fusion. This weekend’s announcement follows earlier media reports of a major scientific milestone in nuclear fusion research. Presumably, scientists have succeeded in generating nuclear energy in which more energy is released than goes into it.

For the time being, net energy generation is the biggest technical obstacle. The process of fusion requires extremely high temperatures. This process requires almost as much energy as it provides.

The British newspaper Financial Times reported this weekend that scientists from the California-based Lawrence Livermore National Laboratory (LLNL) had achieved a “net energy gain” with an experimental fusion reactor. That would be the first time that researchers have successfully produced more energy in a fusion reaction than was consumed in the process. This would be a potentially important step in the pursuit of carbon-free energy.

The fusion reaction that generated a net energy gain of 120 percent occurred in the past two weeks, FT said. The paper relied on three people with knowledge of the preliminary results. The Washington Post also spoke to insiders about the investigation.

The LLNL Fusion Facility consists of nearly two hundred lasers the size of three football fields. They bomb a small place with high energy levels to trigger a fusion reaction.

Energy Department and LLNL spokespersons previously did not comment on or confirm the FT message. They said U.S. Secretary of energy Jennifer Granholm will make an announcement on Tuesday.