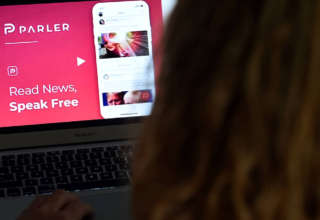 Social medium Parler has been re-launched. The alternative to Twitter, that is particularly popular among right-wing users, was virtually unreachable after the Capitol attack.

Supporters of former president Trump know where to find Parler, because users are allowed to put everything on it, while Twitter and Facebook are increasingly blocking content. According to Google, Parler called for the use of force in the assault of the Capitol in Washington.

Google and Apple removed the app from the Play Store and App Store respectively. According to the techgigants, Parler has not done enough to prevent the spread of messages that incite violence. Amazon Web Services, which hosts sites, also suspended the service to Parler.

Since mid-January, Parler was back online, but the app only showed a message from former ceo John Matze. Work was to be done to restore functionalities. Matze has been dismissed by the Board of Parler. He will be replaced for the time being by interim ceo Mark Meckler.

According to Meckler, the app will be built on a sustainable, independent, technology, and the social network is no longer attached to the services of the so-called ‘big tech’. Existing users can get back on the platform this week. New users are welcome as of next week.

It was previously known that Parler came back online thanks to a company operated by two Russians. Whether the app is still being facilitated by that company, Parler won’t say.