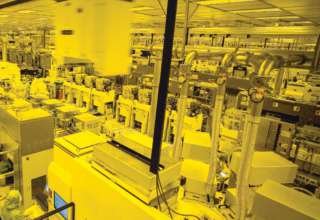 The largest chip maker in the world, Taiwan Semiconductor Manufacturing Company (TSMC), wants to build several new chip factories in the U.S. State of Arizona. The plans of the Taiwanese company come on top of the wafer factory announced last year in Arizona, which should cost almost 10 billion USD.

TSMC’s wafer plant in Phoenix is due to go into operation in 2024. Wafers are thin slabs of conductive material, often of silicon, to which chips are applied. The factory has to make about 20,000 wafers a month, a relatively modest number.

According to the insiders, TSMC plans to build up to five additional chip factories in Arizona. Today, most of TSMC’s chips are still produced in Taiwan, and the company has older factories in China and the U.S. State of Washington.