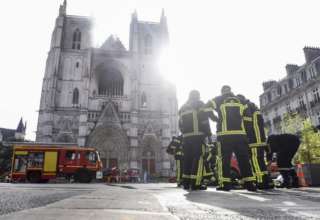 Police have arrested a man on suspicion of arson in the historic Saint-Pierre-et-Saint-Paul Cathedral in Nantes. The building caught fire on Saturday, but could be saved in time by the deployment of the fire brigade.

According to the French RTL, it was a 39-year-old Rwandan refugee who worked as a volunteer in the cathedral.

The man, who was already arrested on Saturday, would have been angry about his residence permit that had expired. He reportedly complained about his rights as a migrant in France in recent weeks. The Rwandans were responsible for locking the church on Friday evening.

Authorities already spoke of a possible arson on Saturday, because the fire broke out in three different places at the same time. According to the police, no traces of vomiting were found.