Home Society This time it is Kenosha WI 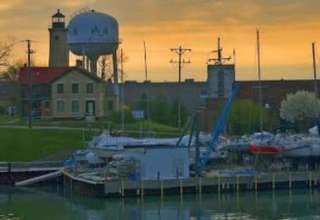 Once again, protests against police violence have broken out in the United States. This after Jacob Blake, a black American from Wisconsin, was shot by the police on Sunday. What happened and what are the consequences?

29-year-old Jacob Blake is the father of six children. He is from the city of Winston-Salem in the U.s. state of North Carolina, but moved a few years ago, the city of Kenosha, in Winconsin. Here he wanted to make a fresh start, tells his uncle Jake Blake in conversation with Chicago Tribune. “It was a safer place. He wanted to work there and build a better life.”

On July 6, Blake was charged with trespassing and domestic and sexual assault, reports Chicago Tribune. A warrant was issued, but no further details are known.

So far, it’s unclear why Blake was arrested and shot. Footage shows that he doesn’t seem to respond to police officers ordering him to stop. When he later opens the door of a car, he is shot blank. Three of his kids would have been in the car.

According to his father, Blake has “about eight holes” in his body and is still in the hospital. He would have been paralyzed from the waist down by multiple vertebrae shattered by bullets. Whether the paralysis is temporary is not yet known.

Blake also has damage to his stomach, kidney and liver. Most of his large intestine and small intestine had to be removed, according to his lawyers.

Blake, according to his lawyers, was trying to settle an argument when the police shot him. His defense has not revealed much more about the incident.

The police have not responded at all to the incident so far. The Corps refuses to explain why Blake was shot, and wants to wait for the Wisconsin Regional Legal Department to investigate the incident.

However, as the shooting is recorded on camera, American media expect a response soon. After the death of George Floyd, the black man who died after a police officer shoved his knee down his neck for minutes, it took barely two days for the police to take action for the first time, and shut down cops.

Footage of the Blake incident was quickly shared by Kenosha and the United States. On the same Sunday evening broke into the city’s massive ” Black Lives Matter, protests, as well of the inhabitants of New York, New York, Los Angeles, Portland, San Diego, Minneapolis, and a handful of other cities over the past few days, the streets.

Like previous Black Lives Matter protests, the protests did not go entirely peaceful. Protesters had (fire)weapons with them, shops were looted, various buildings and parked cars in Kenosha went up in smoke and it came to confrontations with the police several times. So far, some people have been injured, although the New York Times writes that one person died last night.

The governor of the state of Wisconsin therefore decided to declare a state of emergency on Tuesday after setting a curfew on Monday. In addition, 250 members of the National Guard have been deployed to restore peace in the city. The Washington Post writes that some of the city’s access routes have also been cut off to water down the flow of protesters.