Home Society The Apple/Epic trial will take place next summer 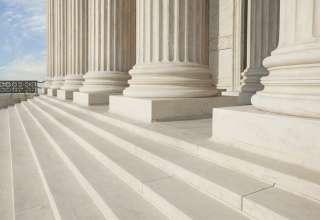 The trial between Apple and Epic Games will take place in July next year, so came out on Monday at the first virtual session. The judge suggested that it would be good for a jury to decide who’s right.

Both companies have until January 6 to submit relevant documentation, reports Apple Insider. The lawyers of both parties have until Tuesday to indicate whether they feel it should be a trial with jury or not. The judge thinks it should be with jury. “It’s important enough to understand what real people think. Are people worried about these problems or not?”

It looks like the site says Epic doesn’t like to see a jury. The trial is about Epic’s lawsuit against Apple. Epic argues that Apple has a monopoly on the distribution of apps on iOS and that, as a result, the payoff of developers to Apple is 30% too high, while competitors have no chance of using an alternative download shop or alternative payment system.

Epic Games then came up with a legal charge against both parties, due to the monopoly of the two companies and the restrictions of policy for third parties. In an earlier preliminary ruling, a judge stated that Apple may block Fortnite, but the developer account that Epic owns for the Unreal Engine should not be barred.