Home Society ‘Tender money’: this is the end 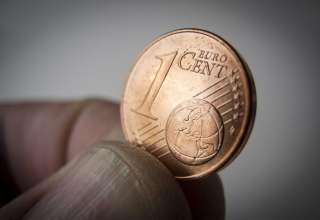 The use of 1 and 2 euro cent coins is also coming to an end in Belgium. Cash payments at the cash register must be completed on December 1st next year, the government decided today.

Retailers are allowed to round amounts since 2014, but make little use of this possibility. Many companies and consumers experience this as disruptive, motivates the Deputy Prime Minister Kris Peeters.

Because the coins are often potted than used, a scarcity even arose a few months ago. “The tender money is gone,” headlined the Flemish newspaper Het Laatste Nieuws. Bijslaan is not allowed to use the Belgian Mint, and that is why a way of getting the change started again is being considered.

,, We are brainstorming ”, said Francis Adyns, from the Ministry of Finance. Now is chosen to break with the coins. “Nobody wants to be the first to start with finishing,” says Peeters. ,, That is why we make the completion of cash payments mandatory. ”

He ensures that the average consumer will not pay more than they do now. Nothing changes for electronic payments. Stores can continue to round up to 5 cents, but are not required.