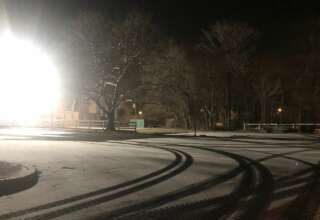 Five states in the northeastern United States have declared a state of emergency due to heavy snow showers that are expected. It would be the heaviest snowfall in years. They are accompanied by strong gusts of wind.

Thousands of flights in New York and New Jersey, among others, have been canceled and residents are advised to only hit the road in an emergency. It also warns of power outages and floods in coastal areas. Residents in ten states are likely to face the extreme weather, from South Carolina to Maine in the far northeast.

Around 60 centimeters of snow could fall near Boston, meteorologists think. The current record from 2003 stands at 70 centimeters in 24 hours. In addition, gusts of about 110 kilometers per hour are possible.

The weather also affects the southern state of Florida. The lowest temperature in years is expected there.