Home Society Several officers were wounded at the Philadelphia shooting, the suspect was arrested after 5 hours 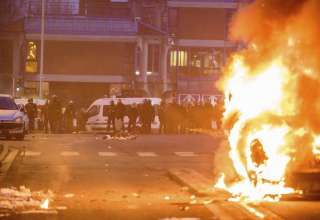 After more than five hours, the shooter in the American city of Philadelphia, who injured six officers, surrendered to the police. Quite soon after his arrest, local media reported that it was 36-year-old Maurice Hill.

During a raid of the narcotics brigade in an apartment complex, the man initially fled away and then started shooting at the officers. Four of them took cover in the refuge, for which a search warrant had been issued, and sought cover there with others.

The first shots were heard around 4:30 PM, after which the street was closed off and officers surrounded the building. Two police officers and three other people got stuck in the building, along with the shooter.

After a stalemate of more than three hours, a specialized police unit managed to free the officers who were still in the house. It took a few more hours before the shooter decided to surrender.

A seventh officer was injured in his company car when he hit a pedestrian on the way to the incident.