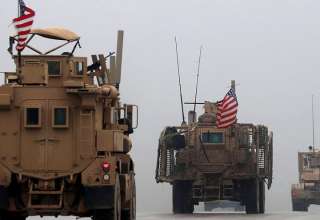 The Saudian who shot three people at an American airbase on Friday, a few days earlier – together with three others – watched images of large shootings. That’s what civil servants say to international media. The motif of the shooter is still unclear.

The student from the Saudi Air Force, who attended military training at the air base in Florida, opened fire in a classroom at the complex. Three people died in the attack, ten were injured. The shooter was shot in the room by a cop.

Relatives of two of the victims say they were shot while trying to stop the shooter. On Facebook a man writes that his brother has saved countless lives. “He died a hero and we are more than proud.”
Anti-American tweets

The FBI has announced the identity of the attacker: Mohammed Saeed Alshamrani, a 21-year-old second lieutenant. On a Twitter account that likely belongs to him, there is a series of anti-American messages.

The messages on social media are being investigated, the FBI says. The investigation service also examines whether the shooter acted alone or was associated with a larger group.

The three who had seen the footage of other shootings a few days earlier are also Saudi students, according to government sources. The moment Alshamrani shot himself around Friday, one of them would have filmed this. The two others would have viewed the images in a car.

Ten Saudi students are being held at the army base, sources report. It is not clear where a few others are.