Home Society Sackler family gets away with the OxyContin scandal 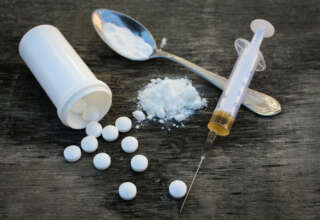 The wealthy owners of painkiller manufacturer Purdue Pharma, which contributed to the opioid crisis in the US, will not be prosecuted. A judge approved the bankruptcy of the company on Wednesday, leaving the multimillionaires who ran the company legally out of harm’s way.

In recent decades, many Americans have become addicted to painkillers for a long time. According to the American Health Institute CDC, about 500,000 people have died from such an addiction since then.

Purdue Pharma, owned by the wealthy Sackler family, marketed the drug OxyContin, to which many Americans have become addicted. The company used aggressive marketing to sell the product and made billions from it, but did not report that the drug is highly addictive.

The company became involved in thousands of lawsuits brought by municipalities and trade unions, among others. The owners have set aside several billions for compensation. In addition, the judge ruled that they should no longer be active in the medical sector. But it probably doesn’t come from a criminal prosecution.

The Sackler family isn’t quite off this case yet. Several U.S. states, including Washington and Connecticut, immediately announced that they would appeal.