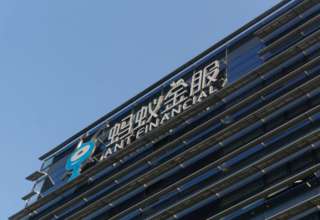 The planned record exchange of the Chinese Ant Group was postponed at the last minute, after the summit of the company spoke to Chinese regulators yesterday. What was discussed at the time is unclear, the New York Times suspects because of the timing that there may be disagreement between the company and the regulators.

In any event, it was a reason for the Shanghai Stock Exchange to suspend the stock exchange; Ant Group would no longer meet the conditions for listing. Ant Group subsequently decided to postpone the IPO in Hong Kong, which would take place at the same time.

Ant Group is a fintech company and manages Alipay. This is an online payment service with hundreds of millions of users.

The stock deal on both stock exchanges was due to start on Thursday and should have generated more than $32 billion. If the IPO continues now, it is unknown. The preparations for the IPO have been going on for months. There’s a lot of interest from investors. The Wall Street Journal calls suspending the IPO a ” mind-boggling twist.”

The top of the Ant Group, including its chairman and Alibaba-founder Jack Ma, was called on by four supervisors. These include the Chinese central bank and the stock exchange guard dog.