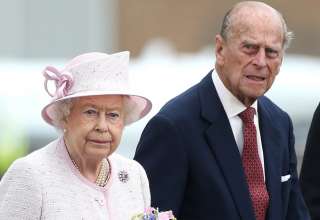 Queen Elizabeth and and her husband Prince Philip are very sympathetic to the victims and survivors of the forest fires in the American state of California. This is what the British queen said this weekend in a personal message to US President Donald Trump.

— Elizabeth writes to Trump, which she met at Windsor Castle in July.

Our thoughts go out to the families and friends of the victims and everyone who lost their homes or livelihood.

Elizabeth also praises the American emergency services and volunteers for their courage and dedication.

Trump visited the disaster area on Saturday. The fires that broke out last week have caused massive damage in California. In the north alone, the fire could spread over an area of nearly 60,000 hectares. According to the fire brigade of California, more than half of them are now under control. To date, 76 people have died. More than a thousand people are still missing.