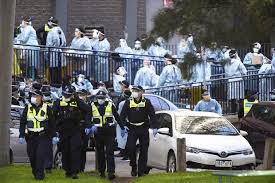 It is the second year in a row that life expectancy is declining in the United States. The figure is now back at the level of 1996. Native Americans are particularly hard hit. Their life expectancy dropped to 65 in 2021, almost two years lower than before. After that, white Americans recorded the largest decline in life expectancy. They lost a year.

Life expectancy in the US has generally been on the rise since the mid-twentieth century, writes The Washington Post newspaper. The authorities noted another increase in 2019, but then the corona pandemic began. According to data compiled by Johns Hopkins University, it has claimed more than a million lives in the United States.

A Princeton University researcher tells the paper that the picture should have been much better last year. “There are also countries where life expectancy in 2021 was higher than before the pandemic. They suffered a blow in 2020, but had recovered more than that in 2021. That doesn’t apply to us.”