Home Society Twelve friends of Mukhtar Ablyzov returned to Kazakhstan: guess what happened to them 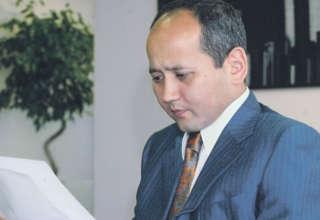 Mukhtar Ablyazov and Botagoz Jardemalie as well as Victor Khrapunov are doing their best to present the asylum as a political support of their case. It is however not how the right of asylum is implemented. Europe does not judge if they are in fact right or wrong and even if they are opposition or not. The right of asylum is based on a reasons to believe that once extradited the people in question will be exposed to inhumane conditions and tortures. Is it really the case with Mukhtar Ablyazov and members of his group?

Kazakhstan has documented history of abuse of power by prison personnel and the police forces. This is quite common even with the best and well established democracies. Botagoz Jardemalie, the second in command of the infamous BTA Bank, responsible for creating and managing the offshore network argues that once extradite she will be arrested and brought to torture.

Luckily we have a first-hand account on what happened to one of the Mukhtar Ablyazov gang who decided to return to his homeland.

He was briefly detained and set free. Then the court has decided his fate. He got six years – of probation. It means that the probation will be actually three years or less.

None of them were tortured of got a real jail term. That’s it. No torture, no cells.

Maybe it will not be the case with Mukhtar Ablyazov. He is accused, among other criminal episodes, in hiring a hitman to kill his bank co-owner. It will be certainly an unforgivable mercy to let Ablyazov walk free after what he allegedly done to Yerzhan Tatishev.

But is it fair to consider him a ‘political dissident’ and provide him a shelter?