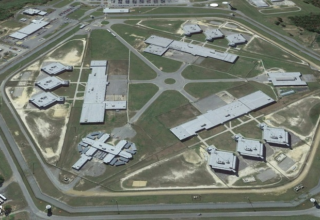 Three white Americans have been sentenced to life imprisonment for the murder of black jogger Ahmaud Arbery in the US State of Georgia in early 2020. The trio chased Arbery in pickups and shot him at close range with a shotgun. The case led to a lot of fuss in the United States after images of it appeared on social media. Last November, the three were found guilty.

The judge held a minute’s silence to draw attention to the agonies the victim must have put out while being pursued and pointed out the lack of remorse over the “terrifying” act.

The convicts are gunman Travis McMichael, his father and their neighbor. They claimed they thought Arbery was a burglar, but had no evidence of that. The victim’s father spoke of a lynching. According to the verdict, only the neighbor may ask for pardon after 30 years in prison, for the other two that is not possible. The next of kin had asked for life.

The convicted neighbor filmed the chase and shelling. When these images were circulating on the internet, the three suspects were still at large. McMichael and his father were apprehended shortly after the incident, but were released again after making their statement. In May 2020, the three were arrested.

The death of Arbery (25) caused protests in the town of Brunswick, where the murder took place. His name was also often cited in demonstrations following the death of George Floyd. Floyd, also a black American, was killed by a white cop during his arrest in May 2020. U.S. president Joe Biden called Arbery’s murder “a painful reminder” that there is still much to be done in the fight against racial inequality in the United States.