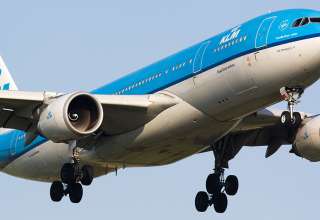 The American aviation authority FAA needs more time to complete the assessment of the Boeing 737 MAX. The findings and recommendations are expected in the coming weeks, according to the FAA.

The approval of the American aviation authority is necessary for the 737 MAX aircraft to transport passengers again.

“The FAA continues its thorough process before the aircraft can be used again for passengers,” said a spokesperson in a statement.

The announcement comes after United Airlines announced on Friday that it will not fly with the Boeing 737 MAX aircraft until December 19. That is a month later than planned, with almost 4,000 flights being canceled. According to the airline, 93 flights per day are canceled in November and around 96 in December.

The fleet of 737 MAX aircraft has been on the ground everywhere since mid-March. That happened after two similar accidents in a few months. On October 29 last year, a Boeing 737 MAX from the Indonesian company Lion Air crashed into the Sea of Java, killing 189 people. On 10 March an aircraft from Ethiopian Airlines crashed with 157 people on board.

Since then manufacturer Boeing has been working on an update of the device’s software and the training of pilots.