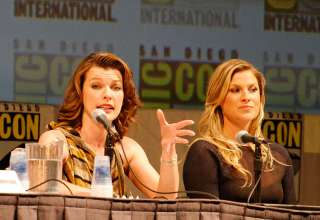 Milla Jovovich opened up the horrific experience she had two years ago when she had undergone emergency abortion. This revelation came to light in a course of discussion around the strict Alabama legislation which makes legal abortion a complicated task. It is nearly impossible to do abortion after the fetus is six weeks old, according to the newly adopted state of Alabama law.

Hollywood star wrote in her Instagram account, that she had to have emergency abortion while she was five month pregnant. Milla Jovovich called the experience the most horrific. After the surgery she fell in deepest depression. She told that after the tragic event she made a break in his career and kept close to her two amazing kids. She called an abortion a nightmare that no woman would like to go through.

‘I cannot remain silent when so much is at stake’

In the same time she told that the society should struggle to secure the rights to have an safe abortion once required. She preferred not to disclose the abortion story, but was is forced to do it while the women rights are at stake. Milla Jovovich told that she can’t remain silent when so much depends on it.