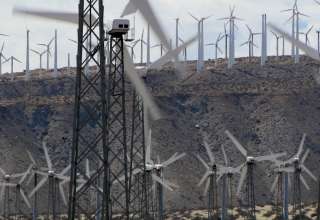 Some photographer, Toby Smith to be exact, saw in the documentary footage he reportedly shot in Mongolia. He then demanded from YouTube that the documentary be immediately removed from the channel.

Smith could have gone to Moore himself first, but deliberately didn’t.

“I didn’t feel like negotiating. I don’t support the documentary because I don’t agree with the message,” Smith said in The Guardian newspaper.

Planet of the Humans strongly criticizes the green energy transition, the sacred cow of lunatics. According to Moore, the production of solar panels and wind farms leads to enormous pollution and the use of biomass and biofuels to massive deforestation. The environmental movement no longer fights against capitalism, but works for it, the filmmaker says.

A few million people have watched the documentary on the internet. Environmentalists and climate activists criticize the film; they believe there is a misrepresentation.

Michael Moore says in The Guardian that he has done nothing wrong using Smith’s images. According to him, there is politically motivated censorship. The director of the film, Jeff Gibbs, also says that.

“Here, the copyright law is abused.”

Gibbs and Moore say they are in talks with YouTube to get their documentary back as soon as possible.