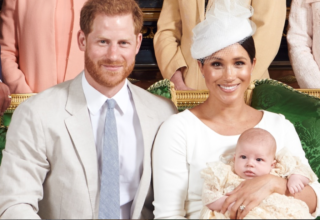 The White House praises the courage of Prince Harry and his wife Meghan Markle to talk openly about mental health problems. Commenting on Oprah Winfrey’s interview with the famous couple, a spokesperson said that discussing mental problems is courageous.

It takes courage for everyone “who comes forward and speaks of his own struggle with mental health and tells his personal story”, said the lady.

In the UK, meanwhile, the largest opposition Labour Party is calling for an investigation into possible racism at Buckingham Palace. The reason for this is statements made by Markle during the conversation with Winfrey.

Among other things, Markle said that someone in the royal family was concerned about the skin color of her son Archie. According to Labour leader Keir Starmer, Markle’s statements about her mental health and, in particular, the racism she experienced should not just pass away.

“It reminds us that too many people are still experiencing racism at this time. We have to take that very seriously,” Starmer told Sky News.

“No one, no one, should be prejudiced because of the color of a skin or because of mental health problems. This is bigger than the royal family. For too many years we have been putting this kind of problem off the table.”

The shadow minister of Education, Kate Green, calls the allegations “very disturbing and shocking.” It calls for an independent investigation into racism within the palace walls.

“There is never an excuse for racism, and I think it is important that action is taken to investigate these shocking allegations.”

The British government does not want to respond to the issue. Prime Minister Boris Johnson said that the statements of Prince Harry and Markle are a matter for the royal palace.