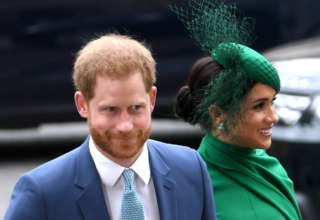 Meghan, the wife of the British Prince Harry, is pregnant again. That news confirms the couple’s spokesperson to various media. It’s still unclear when Meghan’s due.

“The Duke and Duchess of Sussex welcome the arrival of their second child,” said the spokesman to Sky News. “Archie’s gonna be a big brother.”Their son Archie Mountbatten-Windsor was born in 2019.

The new child becomes eighth in line of succession. Prince Charles is still the first to succeed Queen Elizabeth. His eldest son Prince William is second.

It’s still a question of whether Archie and his little brother or sister get a royal upbringing. The Duke and Duchess decided to step back in March as senior members of the British royal house. In addition, Harry renounced his address to His Royal Highness.

British media don’t expect the baby to be born in Britain, because Harry and Meghan live in California.