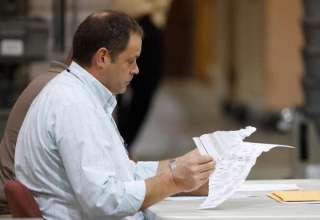 Lawsuits and judges’ orders have been piling up across Florida as the state struggles through vote recounts for several races, including U.S. Senate and governor.

Lawsuits and judges’ orders have been piling up across the state as the state struggles through vote recounts for several races, including U.S. Senate and governor.

Six of the lawsuits that could have the most impact on the recount were filed in U.S. District Court in Tallahassee by Democrats. Others were filed by Republicans in a variety of counties.

Here’s what the cases are about and where things stand:

The Florida Democratic Party sought to extend the deadline for people to correct ballots with signatures deemed not to match what’s on record.

U.S. District Judge Mark Walker decided Thursday to give some voters until 5 p.m. Saturday to fix their ballots. The 11th U.S. Circuit Court of Appeals rejected an appeal of that ruling by the Scott campaign.

This lawsuit also filed by the Democratic Party and the VoteVets Action Fund seeks to validate vote-by-mail ballots that were postmarked before Election Day but received after that. The lawsuit contends voters should not be disenfranchised because of postal service speed.

The case is pending before Walker.

A third Democratic Party lawsuit asked that all counties be given enough time to finish both a machine and a manual recount. The Democrats contend more populated counties will have more difficulty meeting the deadlines and should be allowed time to count every vote.

The Democrats also want to set a new standard for voter intent. Under state law, voters must use only approved markings or their ballot is disqualified, and they can’t simply cross out a mistaken vote but must explain in writing why they did so. The lawsuit contends that has a discriminatory impact on non-native English speakers and illiterate voters.