Home Society Jeffrey Toobin is back on TV, pledges to stay out of the Zoom ways 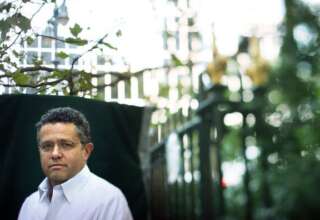 “What the hell were you doing?”, asks CNN presenter Alisyn Camerota to her colleague Jeffrey Toobin. The journalist, one of the best-known American Legal media analysts, was first suspended last year and then fired by the renowned magazine The New Yorker.

“I feel very privileged to be able to try again,” he says in a conversation with Camerota. He describes himself as a ‘flawed man who has made mistakes ‘and calls his behavior ‘deeply moronic and indefensible’.

The past few months have been ‘miserable’, Toobin says. “I do everything I can to become a better person.” In the near future, the journalist will be regularly on CNN again, but he is no longer welcome at the New Yorker.

“During my entire career, there have never been any complaints about me,” Toobin says. “There were never any problems, there was only this one incident.”

He therefore calls it “excessive” that he was fired. “But that’s why they don’t ask the criminal to be the judge in his own case.”

Toobin doesn’t expect everyone to be thrilled to be back on tv. “I know the world, I’m familiar with social media and I can imagine what the reactions will be,” he says. “I hope not everyone feels the same.”