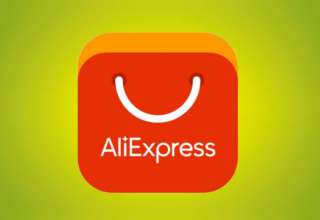 The share of the Chinese web giant Alibaba increased by more than 8 percent at the Hong Kong Stock Exchange on Wednesday. Investors were delighted to hear the news that founder and top man Jack Ma had heard from them again after weeks of absence. In a video on social media, he spoke to teachers as part of his charity initiatives.

Ma last appeared in public at the end of October. The billionaire then criticized the Chinese financial watchdog. As a result, the stock market of his payment company Ant Group was postponed.

The Asian stock exchanges showed small exchange rate deviations. Investors slowed down a little after recent strong exchange rate gains and looked forward to president Joe Biden’s swearing-in in the United States. The political tensions between China and the US continued to increase. The US Secretary of State Mike Pompeo accused China, on his last full day in office, of genocide against the Muslim minority of Uyghurs. In addition, the proposed new chief of finance, Janet Yellen, stated that Washington must take firm action against unfair trading practices in Beijing.

The Hang Seng index in Hong Kong climbed 0.6 percent and the stock exchange in Shanghai won a fraction. The Chinese central bank kept its key interest rates unchanged at 3.85% and 4.65% respectively.

The Nikkei in Tokyo finished 0.4 percent down at 28,523, 26 points. The loss was limited due to price gains among the Japanese technology companies, which benefited from the strong advance of Nasdaq. ANA Holdings dropped by three percent. According to local media, the Japanese airline has achieved its worst results in the last nine months due to the pandemic.

In Seoul, the Kospi increased by 0.4%. Kia Motors thickness is almost 8 percent on. The South Korean automaker announced with several companies to look at projects in the field of electric cars. The announcement followed media reports that the parent company Hyundai (minus 0.6 percent) had decided to lead subsidiary Kia on possible cooperation with the American technology company Apple in the field of electric vehicles.