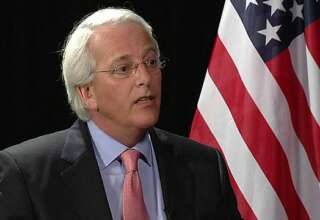 The bombing at Kabul airport yesterday killed more than 100 people, including 13 American soldiers. The attack followed the decision of US president Joe Biden to leave the country at the end of this month. That announcement led to chaos at the airport.

“The cause lies in the past twenty years, not in Biden’s decision”, says Ivo Daalder, former American ambassador to NATO.

A departure was inevitable, says Daalder, former confidant of Presidents Bill Clinton and Barack Obama. “This lies at the root of twenty years of failed policy. We have to ask ourselves: how could we have acted better at an earlier stage to prevent this chaos? That is a joint responsibility and not just the responsibility of Biden.”

Biden is accused by some of poor leadership. But Daalder disagrees.

“The situation seemed stable in recent months, but that was only because the US had promised the Taliban to leave Afghanistan. That is why they did not attack the Americans, even though in the same period they were already marching against the Afghan army.”

Moreover, according to Daalder, Europe could also have refused to agree to the peace agreement. “If European leaders did not agree with the withdrawal, they should have said so when president Trump closed the Peace Report with the Taliban in February 2020. But at that time, European leaders and the general secretary of NATO remained largely silent.”

By extending the deadline, you only risk more chaos and more such attacks — Ivo Daalder, former US ambassador to NATO

The Americans now want to leave Afghanistan on August 31st, next Tuesday. The rapid departure and the unrest that goes with it raises the question of whether the American military should not have stayed in Afghanistan any longer. “By extending the deadline you only risk more chaos and more attacks,” says Daalder about this. “The Americans cannot prevent them. Only the Taliban can do that, but do they want to?”

The unrest in Kabul shows that Europe – militarily – is very dependent on the United States, Daalder concludes. “They are too dependent on the U.S. military. Now Europeans have no option but to leave. Europe can criticise, but it should have consulted itself earlier.”