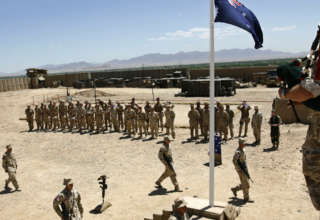 Australia, after pressure from society, has commissioned an investigation into suicide among active and former military personnel. According to official figures, there have been at least 500 deaths since 2001. Last month Parliament called for the establishment of a heavy Commission of inquiry, and the government is now going along with that.

“I hope that this will lead to a trial that will give some comfort to veterans and relatives, but of course it cannot undo their loss,” said Prime Minister Scott Morrison in Canberra.

According to broadcaster ABC, his government initially saw nothing in the creation of a so-called royal commission, but backed down when it appeared that a majority of the parliamentarians felt otherwise.

Australian soldiers have been deployed in recent decades to countries such as Iraq and Afghanistan, where Dutch troops have also been active.
Mother of deceased military insisted on investigation

Julie-Ann Finney, the mother of a deceased soldier, campaigned for an investigation into suicide. Her son David suffered from post-traumatic stress disorder and took his life in 2019.

Finney responded with relief to the news that a committee of inquiry is being set up. “At last, the voices of veterans will be heard. Finally, families get the chance to share their stories”, she responded according to ABC.

Prime Minister Morrison expressed the hope that the commission could hold the first hearings later this year. The researchers are expected to come up with their recommendations in 2023.