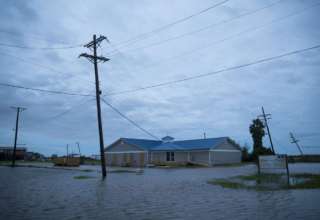 The death toll has risen from 6 to 14 as a result of Hurricane Laura. With wind speeds of up to 150 miles per hour, the hurricane swept across the southern states of Texas and Louisiana and caused a lot of damage.

Most people died of carbon monoxide poisoning after turning on internal generators to generate electricity. Four people were also killed by a tree that fell on their house and a man drowned after his boat sank in the storm.

Five of the ten deaths reported in Louisiana related to #HurricaneLaura are from the use of portable power generators indoors. Never use generators indoors, including in garages, carports, basements or other enclosed or partially enclosed areas, even with ventilation. #lagov pic.twitter.com/84yZcJpzGG

The Category 4 hurricane was the heaviest hurricane to hit Louisiana since Hurricane Katrina in 2005. According to Governor John Bel Edwards, there are still half a million people without electricity in his state and tens of thousands of people have fled.

Also, about 220,000 households have no water. It may take weeks and, in some cases, months to recover. Edwards has asked the federal government for financial assistance.

President Trump is traveling to the affected states today to take care of the damage and meet people affected by the hurricane.

Previously, Laura, then a tropical storm, crossed Haiti and the Dominican Republic, causing a lot of damage. At least 31 people died.