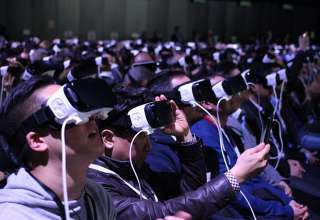 New York Stock markets are expanding their profits by Thursday. American Airlines significantly increased thanks to support from many private investors, GameStop’s share collapsed after investment app Robinhood trading in the traded share was partially blocked.

Wall Street recovered from a loss series from Wednesday, when the Dow reached its deepest point in three months.

Chief strategist Olaf van den Heuvel of Aegon Asset Management blames the increase, after losses, on the high excitement. The market is in the ecstasy of a classic bubble.

The United States reported a growth rate of 4% for the fourth quarter compared with an expectation of 4.3%.

The number of unemployment claims in the United States was 847 000 last week, according to the Department of Labor. A windfall, the market surveyed by Dow Jones counted on 875,000 requests for financial support.

Today’s agenda includes the Federal Reserve meeting and an explanation of the interest rate decision.

American Airlines blew up 28% thanks to the new focus, partly on good quarterly results. Southwest Airlines also notes 0,3% higher with its quarterly figures. JetBlue is 6% Green: the quarter loss is lower than expected.

Thousands of private investors, who have been gathering for weeks through social media like Wall Street Beets section of Reddit.com, have been targeting shortsellers in the American Airlines since last night using call options.

Thanks to built-in levers in their investments, they push the stock exponentially higher, forcing the shortsellers who are counting on losses to buy the shares they do not own to cover their losses.

Purchases are made at a higher price than the shortsellers had anticipated: a substantial loss for the funds, but huge profits for investors.