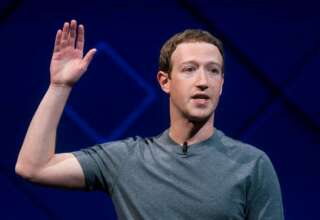 Mark Zuckerberg, CEO of tech company Meta, must have future mergers with companies approved by regulators by default. This is what the US Federal Trade Commission (FTC) advocates. The watchdog is in the process of filing a case against Facebook’s parent company over a planned acquisition of a virtual reality app.

Under U.S. mergers and Acquisitions Law, Meta now only has to notify the FTC and the Department of Justice about a takeover if it’s worth more than $ 101 million. In 2020, the House of Representatives conducted an investigation into Facebook and found that the company had acquired nearly a hundred businesses over the past decade. But one of these acquisitions was then investigated by the FTC.

The watchdog’s own investigation found that Facebook and the other big tech companies, such as Microsoft, had invested in or purchased more than eight hundred small businesses without requiring regulatory approval or research.

The FTC has long had Meta in its sights because of alleged abuse of power and the company’s monopoly position. The FTC has now asked the watchdog’s internal court to force both Meta and Zuckerberg to seek the watchdog’s approval on deals that must be closed in the future. The case on this will serve on January 19 next year.

The regulator sued Meta and Zuckerberg in July over the proposed acquisition of Within Unlimited, a company that makes a popular fitness app that works with virtual reality called Supernatural. Meta’s lawyer has said that the tech group plans to ask the regulator not to involve Zuckerberg in the internal control processes. Meta has already rejected a possible settlement with the FTC. “We believe that the merger should be allowed and should continue,” says the lawyer.

Meta believes the FTC is making assumptions that are not in line with commercial reality, a spokesperson said. “We will vigorously defend this deal in court and are confident that the evidence will show that this deal is good for consumers, software developers and the broader VR market.”